All Work and More Plays: A Director’s Take on the Evolving Theatre Scene 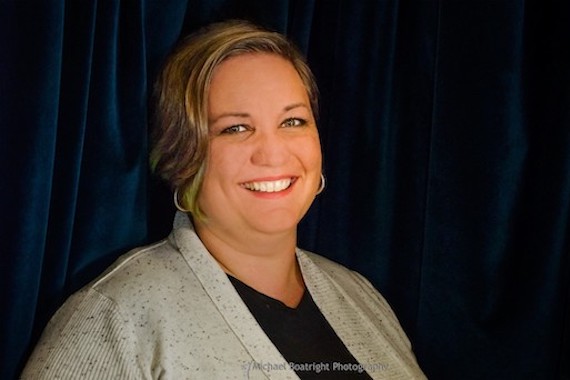 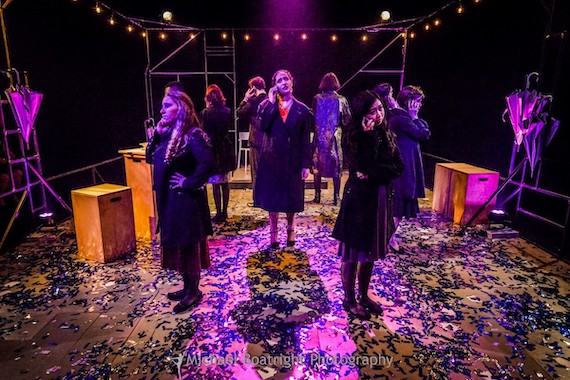 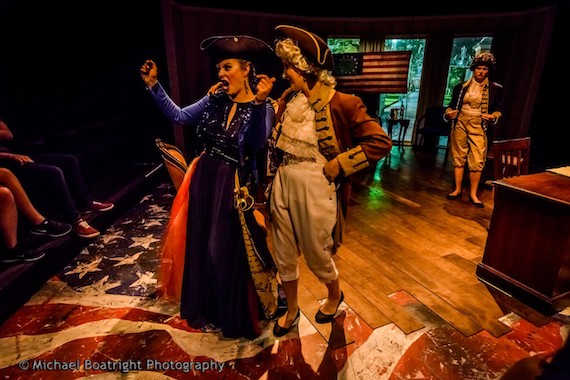 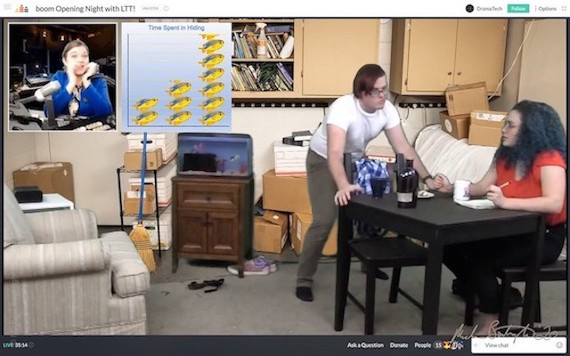 The popular show-business adage "The show must go on" has never rung truer than it does now in the midst of a global health crisis. With the world wrestling to contain the virus outbreak and our society grappling with the cultural shifts taking place, artists around the world are using this time as an opportunity to challenge the status quo and foster a deeper sense of connection with their community. I was recently privileged with the opportunity of speaking to the lovely Melissa Foulger, who reflected on her career and the impact that COVID-19 has had on her artistry. Melissa Foulger is DramaTech’s artistic director and a theatre veteran with over sixty productions under her belt, all of which have garnered her mass critical acclaim and recognition as “one of Atlanta’s finest Directors.” I had the opportunity to meet with her virtually, and to chat about her personal theatre journey, involvement with DramaTech, and the experience of adjusting to live theatre in an online format, due to the pandemic.

NR: [blurry, pixelated] I’d love to hear about your theatre journey. How and why did you get into acting and directing?

MF: I had the privilege of going to a school that offered theatre very early on. I acted in my first play in third grade. Most people think when you act in third grade, you act as a tree, or broccoli [chuckles], but the school attended did Shakespeare, so I got to do a scene from Macbeth. Even before that, I would stand on the hearth of my grandparents’ fireplace and put on plays for them. So, it’s something that I’ve always done, and always loved.

She shared with me that she continued to pursue theatre in high school and directed for the first time during her junior year. “I loved the idea that you have all of these different moving parts that you have to make work together. You’re the central storyteller, but you have to make all the pieces and people collaborate to bring the play to life.” She revealed that she went into her undergraduate studies on an acting scholarship and was driven to start directing as soon as she could. She went on to get a master’s degree in directing, which propelled her involvement in local Atlanta Theatre and DramaTech.

NR: Have you noticed any differences between working in theatre in a professional space as opposed to a student-run space, or at a collegiate level?

MF: I guess the biggest difference is that DramaTech is built out of a semi-ritualistic style, in the sense that [while] we collaborate with some professionals, all the work is done by the students. So, the way that they learn about theatre is whatever they bring with them from school, plus there’s a mentorship or apprenticeship program where upperclassmen, who are designers, train the younger students on how theatre works. Then, they [underclassmen] move up, and seniors move out — when they graduate. My job is to contextualize how things would be done in a professional space. In the professional world, people are always working on multiple projects. They’re there to do their job, and they’re great at what they do, but they’re constantly looking for the next gig. They’re not there for the long haul or invested in one theatre, like the students are, with DramaTech. Since the students are there for an extended amount of time, we start to grow a shorthand with each other.

During the process of my research for this interview, I came across a very heartwarming video posted on DramaTech’s website, which showcased the sense of community amongst participating students. I asked her to talk about the camaraderie the cast and crew members share, and what it’s like now, in the face of a pandemic.

MF: One of the things that I love about DramaTech is that theatre in and of itself has an exciting sense of community. DramaTech really becomes a home away from home for the students. So, aside from just doing theatre, they spend a lot of time in the building together, they help each other with homework, they give each other advice on classes, they eat together [chuckles]. It really is a sense of community that works far beyond what we do in the theatre, so it’s been pretty hard not being there together. We’ve increased the number of meetings we conduct [to once a week], just to have a little more contact. We’ve made our club meetings half business, and half fun, so we have a chance to socialize as well. A lot of the work we do with the theatre [now] is online, but we’re still building a sense of community because all of those people, while they may be in individual places, are working together on the production, so they still feel connected in that way as well.

NR: How is DramaTech staying active? What changes have you had to make to your operations?

MF: That’s a big question [laughs]. We’re continuing to produce plays. We’ve had to reduce the number of plays we produce from five a year, to two plays in the fall, and one musical in the spring. Hopefully by the spring, we can do some version of the musical where the actors can be in the room together. If not, it gives us a lot of time to plan out how to do a musical online, which… I don’t know if you’ve known anyone who’s had a birthday recently, but when you try to sing happy birthday online [and with others], it sounds very untimed. But we’re continuing to do our work, and we’re going forward, full steam ahead!

NR: I noticed that DramaTech put on a production of Boom virtually, this past summer. Did you discover any perks or upsides to virtual live theatre?

MF: Boom was a show we had already selected, and it happened to really fit and work well [given the challenges] for us, so that was very exciting. We went through several iterations of how we would do that show. Some of the perks of this format were that we were really able to draw focus in a different way. When you’re in a digitized medium, you can point towards what you want people to look at [with the camera], which you can’t do in theatre, plus we could change background settings, and locations pretty easily. We were also able to add special effects in a way that we sometimes aren’t able to do in the building.

I concluded by asking Melissa Foulger if she had any advice for the theatre community during this unprecedented time. I told her it could be directed at anyone — be it a director that is just starting out in their career, or an arts student that may feel stifled at the moment. She responded as follows:

MF: I would say that this is the best time to be an artist, even though it may not seem like it. Some people think that the arts are going to be the last to come back or recover, but the reality is that it’s during times like this that artists are their most creative. We’re able to think in ways that are different from most people. We can visualize what the world can be, things we want for the world, and communicate those through a unique medium. So, while we may not have the ability to bring people together in a room, artists are still trying their hardest to work, and are having to be innovative in how to continue working. That innovation is going to lead to an explosion of new work. Along with that, because there’s so much change that’s happening, both politically and culturally, there’s going to be a cultural shift where artists will have the ability to be at the forefront because they’ll be able to communicate, synthesize and empathize in transformative ways. I’d say don’t give up hope; it may seem really dire but keep going.

I proceeded to thank Melissa Foulger for her time, thoughtful insights, encouraging words, and contribution to our community. I truly believe that any and all forms of artistic expression have the ability to bring us closer together and lift our spirits. With that said, please check out DramaTech’s upcoming production of 45 Plays for 45 Presidents.

Melissa Foulger is the Artistic Director of DramaTech, and an academic faculty member of the School of Literature, Media, and Communication in the Ivan Allen College.